CEI is a non-profit public policy organization dedicated to advancing the principles of limited government, free enterprise, and individual liberty. We believe economic freedom is essential for entrepreneurship, innovation, and prosperity to flourish. CEI pursues a full-service approach to advancing public policy, which includes conducting original scholarly research, active communications campaigns, direct advocacy with policymakers, and litigation. Founded in 1984, CEI has grown into an effective advocate for freedom on a wide range of critical policy issues, including energy and climate, free market environmentalism, technology, telecommunications, business and finance, and food and drug regulation.

About the Deputy Director of the Center for Energy and Environment Opening:

The Competitive Enterprise Institute seeks a Deputy Director for its Center for Energy and Environment who can simultaneously serve as a Policy Fellow. The successful candidate will collaborate with the director to manage, develop, and lead the program’s coalition, advocacy, and research activities. This includes managing a wide portfolio of energy, climate, and environmental issues, developing and managing campaigns to advance CEI’s goals, and providing leadership to the wider free market and conservative coalition on energy and environmental issues.  This position is most suitable for an individual with five to ten years of experience working on these issues from a consistent free market outlook and with leadership, management, public advocacy, analytical, and writing skills. END_OF_DOCUMENT_TOKEN_TO_BE_REPLACED FGA is searching for an Events Manager. This person is responsible for planning, managing, and executing all meetings and events for FGA. This is an exciting opportunity for someone who enjoys travel, the benefits of remote work, and working with a great team.

The ideal candidate is detail oriented, highly organized, and continually focused on providing excellent customer service to internal and external partners. The Events Manager is passionate about bringing together people and ideas to advance FGA’s policy agenda.

The Events Manager maintains a positive “can-do” attitude even under high pressure situations, with the ability to quickly adapt to changing circumstances. The position requires strong internal communications with staff and partners to coordinate travel and accommodations for large groups. The Events Manager will report to the Internal Systems Director.  END_OF_DOCUMENT_TOKEN_TO_BE_REPLACED 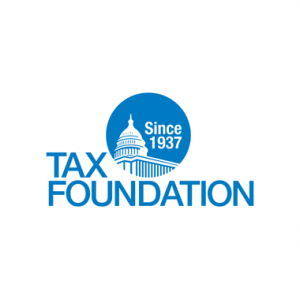 About the Tax Foundation

The Tax Foundation is the nation’s leading independent tax policy nonprofit. Since 1937, our principled research, insightful analysis, and engaged experts have informed smarter tax policy at the federal, state, and global levels. For over 80 years, our goal has remained the same: to improve lives through tax policies that lead to greater economic growth and opportunity. We use our research and analysis to bring tax changes to the national spotlight, foster competition among the states, and advise policymakers on how to improve their tax systems.

The Tax Foundation is seeking a hard-working, detail-oriented individual to serve as their Operations Assistant. The ideal candidate will have at least two years of experience in a prior administrative or support role. This individual is a self-starter who has an interest in establishing a career path in the free market non-profit space, believes strongly in the Tax Foundation mission, and has the drive, attention to detail, and skillset to help keep the organization and its executive leadership running efficiently.  END_OF_DOCUMENT_TOKEN_TO_BE_REPLACED

About the Tax Foundation:

The Tax Foundation is the nation’s leading independent tax policy nonprofit. Since 1937, our principled research, insightful analysis, and engaged experts have informed smarter tax policy at the federal, state, and global levels. For over 80 years, our goal has remained the same: to improve lives through tax policies that lead to greater economic growth and opportunity. We use our research and analysis to bring tax changes to the national spotlight, foster competition among the states, and advise policymakers on how to improve their tax systems.

We are seeking a highly motivated individual to lead the fundraising team of a growing, dynamic, and fast-paced free market think-tank nonprofit. The ideal candidate will have 7-10 years of nonprofit fundraising experience that demonstrates a record of revenue growth, fundamental understanding of the elements involved in stewardship and solicitation, and strong management experience. The candidate will also have a body of experience managing foundation grants and building strong grantor relationships. Lastly, the candidate will bring a distinct understanding of the internal logistics necessary for a thriving fundraising operation, including accounting best practices, adherence to nonprofit regulations, donor data integrity and privacy, and charity watchdog compliance. END_OF_DOCUMENT_TOKEN_TO_BE_REPLACED About the Institute for Free Speech

Founded in 2005 by former Federal Election Commission Chairman Bradley A. Smith, the nonpartisan Institute for Free Speech promotes and defends First Amendment rights to freely speak, assemble, publish, and petition the government. Pulitzer-prize-winning columnist George F. Will called the Institute “the gold standard of public advocacy in defense of the most important provision of the Constitution.”

Litigation and legal work comprise about two-thirds of our program activities. We believe we are litigating more cases defending political speech than any other organization. The Institute also conducts traditional think tank work, such as research, education, communications, and external relations. 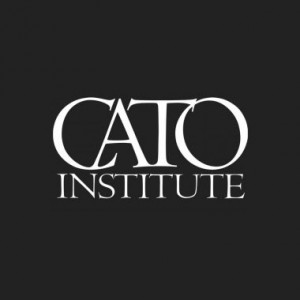 The Cato Institute seeks an energetic and resourceful editor to launch and helm Free Society, its new quarterly journal of ideas.

Free Society will feature provocative and thoughtful long-form essays on politics, economics, public policy, and culture from a broadly libertarian perspective. Its target audience will be opinion leaders: journalists, columnists, policymakers, academics in political science, economics, and related fields—as well as educated laypeople who want to understand libertarian and adjacent viewpoints about American politics and culture. The goal is for Free Society to “punch above its weight,” with essays that break out into the national conversation and help shape the broader political culture and American governance.

Recent years have seen a resurgence of small, but vibrant quarterlies of opinion—such as National Affairs, American Affairs, and Democracy—modeled on the influential The Public Interest (1965-2005). We see Free Society as the libertarian version of The Public Interest, which, during its four-decade run, influenced many important policy proposals and changed the general climate of opinion on others. As its editor, Irving Kristol, once put it: “with a circulation of a few thousand, you could change the world.”

The editor of Free Society will be responsible for commissioning essays from scholars, policy analysts, and pundits; working with authors to shape their ideas into insightful and highly readable essays; and promoting the journal to those within the opinion-shaping community. Not every essay in Free Society will be pathbreaking, but that is our goal.

END_OF_DOCUMENT_TOKEN_TO_BE_REPLACED

Lydia Ocampo
Outreach Specialist
Lydia started her career with Young Americans for Liberty. During her time with YAL…
Read more