Picture this sad scenario: a sweet, impressionable girl waits by the phone for a boy to call. They went on a date the week before, and he ended their date with these prophetic words: I’ll call you.

Of course, the boy never intended to call. It’s just that saying “I’ll call you” is a cleaner finale than “You’re a nice girl, but I’m not looking to get serious. I’d rather the fleas of a thousand camels infest my armpits than to be tied down in a relationship.” 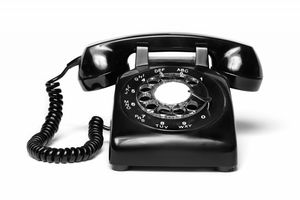 So, he never calls; but he hopes she’ll eventually get the picture.

Such is the way of nonprofits that are reluctant to formally pull the plug on candidates they have interviewed but have decided not to hire. In fact, if there’s one complaint I hear from candidates about hiring organizations, it’s that they don’t hear back after the interview, even though the organization pledged to be in touch.

My dear nonprofit clients, I can hardly blame you. We’ve all seen candidates react poorly to rejection. And in this litigious society, it seems risky to be honest with candidates. Alas, we hope the unselected candidate will just fade away like Al Gore.

In any case, the right thing to do is close the loop. This is especially true if you brought a candidate in for multiple in-person interviews and raised expectations. Rejecting someone isn’t pleasant; however, after getting over the initial disappointment, candidates are usually appreciative you took the time to let them know.

Now, my fearless candidates, remember that can be proactive in these scenarios. If you’ve interviewed for a role and now you’re hearing crickets, you can always reach out to the hiring manager and ask for a status update. Complaining about an organization’s lack of response means little if you haven’t at least attempted to get some answers on your end. Remember that hiring managers are busy people usually dealing with multiple openings and dozens of candidates – sometimes they just need a little nudge.

For the hopeless romantics who are still hung up on the aforementioned girl waiting by the phone, let me assure you the story concludes well. She ends up marrying an orthopedic surgeon and lives happily ever after. And, ironically, the boy who never called has an unfortunate run-in with some killer fleas….