After 43 years of marriage, my father still opens the door for my mother and my mother still packs my father’s lunch before he heads to work. With all this time behind them, you’d think they might be tempted to knock off the niceties. After all, at 70+, is either really going to walk out? I mean, if I think dating’s bad at my age, can you imagine the dating market they would face? 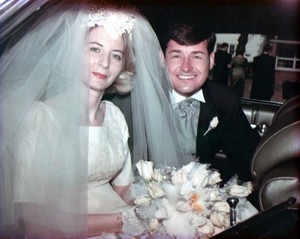 Yeah, yeah, Claire. That’s nice about your parents. But what’s your point? And if those are really your parents, are you sure you aren’t the milkman’s kid?

Ok, back to the point.

With the exception of the current administration, everybody knows our economy is still in the dumps. Because of this, some hiring managers believe they don’t need to woo prospective hires as they once did. After all, candidates won’t walk away in such a weak market, right?

I recently had a leading candidate pull out of the interview process with a terrific nonprofit because she didn’t like the way she was being treated. She felt the organization had been unresponsive through the process, and she was frustrated with the fact it had dragged on for more than six weeks. To top it off, the nonprofit had made several requests of her, for all of which they insisted on a 24-hour turnaround. Her quick work was then met with days of radio silence on the organization’s end. The candidate finally had enough and walked away.

Even in a bad economy, the candidate valued being treated well by the nonprofit. She was willing to put herself back into the lackluster job hunt and take her chances at finding an organization that appreciates her.

So, back to my parents. After more than four decades of marriage, my parents are still together and happy as clams (clams who occasionally bicker like children and get under each other’s skin like deer ticks, but otherwise content clams). Part of the reason they stay together is that they both feel appreciated.

The lesson we can take from my parents’ marriage is this: don’t let your guard down. Treat candidates as though you might lose them and give them every reason to want to work for you. Appreciate them: be responsive, efficient, and reasonable. And it wouldn’t hurt to open the door, either. Just ask Dad.